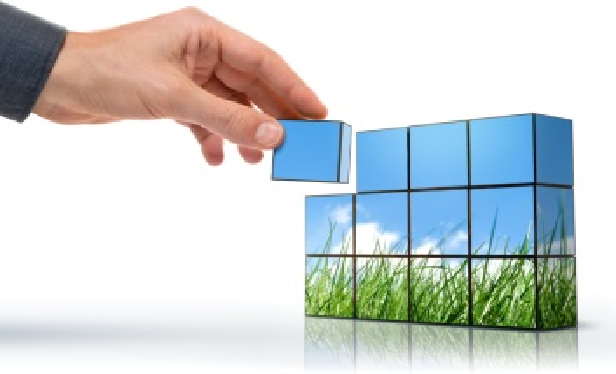 A bit more than two years expired since the introduction of mandatory impact assessment in the legislative process of Bulgaria. This is the reason for presenting the Second Report with the Results from the Monitoring on the Implementation of Mandatory Impact Assessment in Bulgaria, prepared by a team from the Center for RIA. The report covers all the normative acts, which are subject to impact assessment, focusing on the draft laws developed between 01.11.2017 – 31.10.2018, regardless of the subject with a right of legislative initiative under the Constitution (the Council of Ministers or an individual MP), that prepared and submitted them.

While it was clear from the beginning that the shift in the mentality of the authorities, that have the power of proposing and adopting normative acts, would be very difficult, slow and unstable, two years later the resistance to the scrupulous and qualitative application of the mechanism of the impact assessment is unexpectedly obvious, open and undisguised, especially as regards the bills submitted by the individual MPs.

The monitored for the period 1 November 2017 to 31 October 2018 draft laws of the Council of Ministers are 73 and the secondary legislation, subject to impact assessment – 154. 10 full ex-ante impact assessments have been prepared. The general tendency in the development of the partial ex-ante impact assessments is encouraging and the progress from the previous year is visible. Problem definitions and zero option descriptions are based on more and more objective data, the identification of the stakeholders is more precise to a point, where the exact number of a specific group of stakeholders is indicated. Undoubtedly, the template for partial impact assessment is playing a major role for the promotion of its quality.

There is a need for improvement in formulating options. There still exists as common practice the consideration of only one policy option, besides the zero option. They are regarded as two alternative policy options – the first being the one where no action is taken, and the second, describing the proposed amendments to a normative act.

In two cases of impact assessments prepared by the Ministry of Finance, the zero option, also called the “No action” option, was considered as a second option, while in fact it is the only alternative to the proposed legislative changes. Discussing it after the regulatory option is a serious breach of the requirements and standards for an impact assessment of good quality. The biased and one-sided nature of the impact assessment is also visible in the part of it, dedicated to the consideration of the negative and positive impacts of the options. Economic, social and environmental impacts are not even mentioned.

Public consultation are an integral part of the impact assessment mechanism. Their purpose is to create larger transparency in the policy-making process, which is a basic principle of better regulation and good governance. The bad practice, identified in the first monitoring period 04.11.2016-31.10.2017, of shortening the period for consultations, due to lack of sound organisation and coordination between the state bodies continues.

For the period 01.11.2017 – 31.10.2018, in relation to proposals of the Council of Ministers for amendments or adoption of entirely new legal acts, 73 public consultations were conducted, 12 of which were with shortened term. 3 of them have started with a shortened consultation period, but after a comment made by the Center for Regulatory Impact Assessment, the terms were extended to one month.

The identified in the previous report practice not to publish the check for compliance with the Convention for the Protection of Human Rights and Fundamental Freedoms and the practice of the European Court of Human Rights on the Public Consultation Portal continues. The checks become publicly available after the bills are submitted to the National Assembly.

In the 44th National Assembly, the bills, submitted by MPs from 01.11.2017 to 31.10.2018 are 94. For comparison, for the previous period 04.11.2016 – 31.10.2017, the number of parliamentary bills was 73. This significant increase shows that the impact assessment, does not achieve some of the main effects of its introduction – to limit the so called “regulatory instinct”, to reduce “legislative inflation” and to make the adoption of laws and legal norms the last resort for problem solving.

The negative tendency of copy-pasting the motives in the impact assessment, identified in the previous report, has become a regular practice and is a common approach to “fill” the first column of the applicable for the National Assembly methodology for conducting ex-ante impact assessment on draft laws.

The phenomenon “conveyor” from the previous monitoring period has been modified into the phenomenon by “Template”. Well-established template phrases are frequently used to indicate how the proposal would not result in budget spending, but would instead bring only benefits to society.

The lack of public consultations

Article 18 of the Law on Normative Acts states that in the process of legal drafting of normative acts ex-ante impact assessment and public consultations with citizens and legal entities must be carried out. In the legal framework of impact assessment and public consultations there is no specification with regard to the subject entitled to the right of legislative initiative. Moreover, there is no provision introducing a lighter regime, and exemption from obligations for one of the subjects, particularly the MPs.

For more than 2 years now, in violation of the imperative requirement of the Law on normative act, public consultations are not carried out by the National Assembly – neither as a stage from the procedure of preparing the impact assessment, nor as a mandatory phase preceding the submission of bills for consideration. This means that, unfortunately, thе National Assembly continues to fail fulfilling its statutory obligation, which undermines the legality of the bills submitted by MPs.