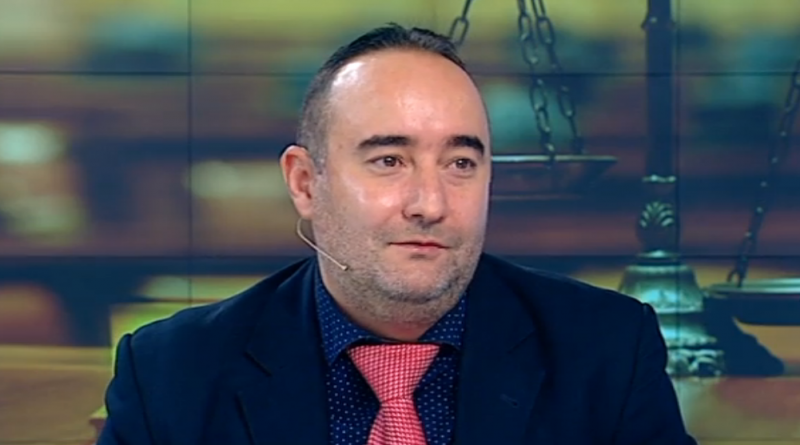 It’s about time for the people in power to be proud not for how many bills they have submitted for a given unit of time, but for the real indicators of what benefits have been brought to society and the government itself by their legislative decisions.

The results of the first 5 years show that the regulatory reform is an imitation.

This year Bulgaria will mark the first 5 years since the beginning of the most radical reform in the Bulgarian rule-making process from the Liberation of Bulgaria. The conclusions about its development and achievements made on the basis of daily monitoring show that it is still “re: form”, meaning formal and only on paper or “parody”, meaning more imitation than real and effective actions with actual positive results for the state and the society. These conclusions were not refuted, on the contrary, they were confirmed in the 45th Ordinary National Assembly.

Bills introduced by members of the parliament

The unprecedented political polarization and opposition in society led to an extremely dynamic atmosphere in the 45th National Assembly, which affected and significantly marked the legislative activity of its legislature. In less than a month, the members of the parliament (MPs) have submitted an impressive amount of bills: 69. Only one of them was adopted, excluding the Rules of Procedure of the National Assembly. That is what the results have shown from the express monitoring of the legislative activity of the 45th Ordinary National Assembly by the Center for Regulatory Impact Assessment. Its main goal was to establish the extent to which the members of this Parliament obeyed the requirements for better regulation, such as the obligatory ex-ante impact assessment and structured public consultations, introduced in Bulgaria, with the amendments to the Law on Normative Acts in force from November 4, 2016.

The bills are extremely unevenly distributed among the five parliamentary represented political parties and expectedly, some of the new actors being the most active. With the most submitted bills are the members from Democratic Bulgaria with a total of 30 bills, followed by the ISMV with 23. BSP are in the middle of the ranking with 10 bills. Against this background, the participation of the first and second largest parliamentary groups – GERB-SDS and ITN – with 3 bills each is modest. DPS is the only one that has not submitted a single bill for consideration by the 45th National Assembly.

The unwritten “principle of speed”

The indisputable conclusion that can be made from such an abundance of submitted legislation is that of all 8 principles in our rule-making, regulated in the Law on Normative Acts of 2016 (Article 26, paragraph 1), the MPs of the last National Assembly, have observed the “ninth”, the one that is not settled anywhere, but is invariably applied as a postulate in the last more than 5 years. This is the principle of speed, according to which we must constantly hurry in the regulation at the expense of everything else: the quality of regulation, the poorly defined objectives of the legislation, the unconsulted stakeholders that may have interest, the obscurity about what benefits and costs can be expected. The most important thing is to hurry, and why is that… – that’s a topic of another conversation.

The paradox we are in is that the Legislature is the only authority in our country that is in a hurry i.e. that when the Bulgarian authorities must determine the rules of the game, to impose their will on us and define the patterns of behavior that we, citizens, must follow, it is in a hurry. However, when the rules are laid down to be enforced or administered by the Executive, then there is no rush, or no deadlines for it, in some cases the deadlines are just instructive. When there are actual deadlines, the administration is so creative that it will find thousands of ways to not observe them or use them against us, the citizens. We won’t even mention the Judiciary. We are tired of hearing about its congestion, inhibition, formalism, etc. which are the reasons for us, the citizens, to wait 10 years for a final judgement on a moderately complex civil case. Finally, the real paradox is that Bulgarian legislators are rushing to introduce more and more bills like they are competing in a horse race, and Bulgaria is actually falling behind. Bulgaria is developing the slowest of all EU member states, on all indicators, even in newer areas such as vaccination against COVID-19.

The negative phenomenon of copy-paste of the motives in the form of an impact assessment (IA) identified in the 43rd and 44th National Assembly continues to be widely applied. A variation of this approach is to retell the motives set out in considerations, without including additional substantive information.

The following logical inconsistencies have been identified in previous reports by the Center: In an attempt to be as general and non-specific as possible on one hand, but at the same time to give maximum significance and weight to their proposed draft regulations, on the other, the MPs, describing the addressees and stakeholders of the regulation, often resort to phrases such as “society as a whole”, “all Bulgarian citizens” and other phrases close in meaning.

The new invention here is the declarative legislation “of public importance” or “in the public interest”, which is the most common in the impact assessments of the bills submitted by members of DB. These formulations raise a fundamental question: Is it possible at all in a modern parliamentary democracy to adopt public policies, including laws that are not “in the public” but in a private interest? And can there be legislation at all that is not “of public importance”? The definite answer to both questions is “no”, but this does not prevent the newly elected officials from using such empty expressions, which play the role of “justifications”(put in quotation marks because they are fictitious.)

Legislation without clarity about its benefits and costs

Unfortunately, none of the impact assessments prepared within the 45th National Assembly has made a real, in-depth analysis of the costs and benefits of the proposed legal interventions. In the general case, absolutely unmotivated conclusions are presented, dressed in standard language forms, stating how the proposal would not lead to budget expenses, but instead would lead to benefits (unspecified) for society. In many cases, what is written in the impact assessment makes it clear that “costs and benefits” means “costs and benefits to the state budget”, which is an extremely narrow interpretation, which, even driven by good intentions, gives only a partial and therefore incorrect idea of expected impacts.

We will not stop repeating that without any reason and in direct contradiction with the Law on Normative Acts, the Rules of Procedure of the National Assembly, as early as 2017, significantly eased the requirements for submitting bills by individual members of the parliament, compared to the requirements for the Council of Ministers. This has created a favourable environment for regulatory reform to degenerate into a regulatory anomaly. Today two-thirds of all bills are initiated not by the typical of any modern parliamentary democracy subject which is the central executive body, but by individual MPs. This is also shown by the latest data from the survey of the National Center for Parliamentary Studies, covering the bills submitted in the 11 sessions of the 44th National Assembly. This anomaly is an unyielding proof of the severely damaged separation of powers in our country, which is a basic principle of democracy. This is expressed in the use of the executive power of the National Assembly, not just as a rubber stamp, as it is popularly called, but as a fast lane, on which we citizens are been dragged on to a new false hope every day.

The new ray of light

The new ray of light isn’t the oncoming train in the tunnel, because it is a bundle of several rays, introduced with the changes in the Rules for the organization and activity of the National Assembly. With them, to some extent, the regulatory reform within the National Assembly is beginning to return to a normal framework.

Firstly, with the changes in the Rules, the biggest absurdity that has existed for 5 years is overcome. The most representative and public body, such as the National Assembly, refused to consult its constituents, while refusing to apply the requirements for conducting public consultations in a structured form. This insane situation has now been overcome by the Rules of Procedure (with the new paragraph 7 of Article 76), which plans the creation of a section “Public Consultations” on the website of the National Assembly and obliges MPs to comply with the law. Can you imagine how far we have gone: non-compliance to the rules by those who create them. The Rules of Procedure of the National Assembly must explicitly confirm that the law is mandatory for MPs to start applying it. This is an unimaginable nonsense for a normal state, which in our case is necessary, because of the complete legal nihilism of the previous MPs.

Secondly, the same inconceivably absurd approach was applied in the addition of Art. 76, para. 1 of the Rules of Procedure, which states that the principles of rule-making should be observed during the elaboration or submission of bills by MPs. Excuse me, but have the deputies ceased to be legal entities under the current Bulgarian law? When the Law on Normative Acts (in Art. 26, para. 1) provides for a general and abstract obligation that the development of a draft normative act is carried out in compliance with of the principles in rule-making, should they be excluded from it ???

Thirdly, the amended Rules of Procedure of the National Assembly are trying to close one of the two biggest loopholes in the national rule-making process, which proved their exceptional effectiveness (ironically speaking) in recent years, such as the possibility of written proposals of the MPs between the first and the second reading of the bills. It was used to introduce all sorts of legislative whims to our elected officials (meaning to their party or party leader), regardless of whether they have a connection with the main bill or not. With the amendments of 2021 (Art. 83, para. 1 and 2) is foreseen that such proposals may not contradict the principles, scope and reasons of the bill adopted at the first vote and that they may not refer to legislative acts, other than those whose amendment or supplement has been proposed in the bill originally submitted, except in cases of a stricter voting procedure.