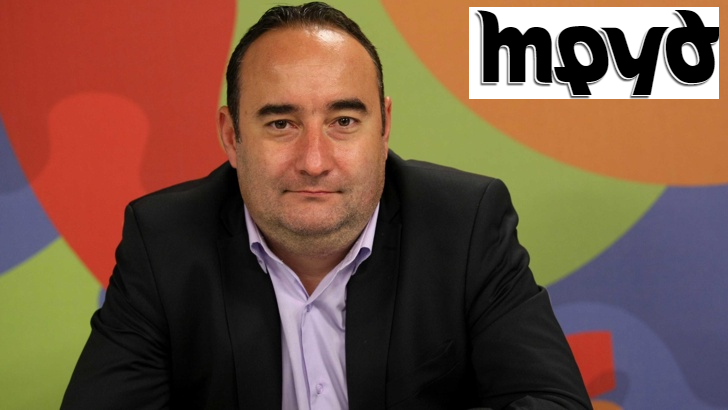 “In the random selection of members of parliament, the legislative waste is not accidental.”

Members in the new parliament must restore its prestige as a legislature by improving the quality of laws that are adopted or amended – the majority of leading lawyers share the same opinion. “We hope that the new members of the parliament (MPs), unlike the previous ones, will comply with the law, which obliges them to make a mandatory regulatory impact assessment” – Dr. Tony Dimov, who is chairman of the Center, that monitors this process.

– Mr. Dimov, leading lawyers wish to the new 45th National Assembly more responsible and effective legislative activity. They recommend the new Parliament to “measure twice, cut once” i.e. to think very carefully and double-check, before taking action. To pre-assess the impact of the laws they make and amend. Probably you will join this wish as well?
– Yes, of course. Although we don’t have to wish for a mandatory ex-ante impact assessment for the bills, because it has been required by law for 5 years. However, the law must be respected. If we have to keep our fingers crossed for the law to be respected by the legislators or to beg them to behave without violating the rules that they voted for us, then we have really hit rock bottom. It is frightening, sad and paradoxical – not to be able to make those we elect and appoint to exercise the most important state power, such as the legislature – to obey the law and put a little more intelligent and educated people in the institution that embodies it – The National Assembly. I fully share the thoughts and feelings of my esteemed colleague Assoc. Prof. Dr. Natalia Kiselova, who recently said in an interview with Trud: “It will be sad if the laws continue to be created shortsightedly, stubbornly and in pieces.”

– Not only you, but other lawyers share her opinion – the legislative activity of the previous 44th National Assembly was of disturbing dynamics and low quality. But let’s look ahead to what the future may hold?
-Оkay, but not so quickly. Let’s take a look back first and say some not-so-pleasant, but painfully true things.

-That shall be. Tell me?
– Do you remember the unprecedented address to politicians made by the highly respected former constitutional judge, now chairman of the Union of Lawyers in Bulgaria, Vladislav Slavov? In early January this year, on the specialized legal website “De Facto” he called for the inclusion of more lawyers in the lists for the upcoming parliamentary elections.

– I remember.
–Then you see how far we’ve gone!

-How far?
– We have brought it so far as to beg those we nominate, elect and authorize to represent us in the National Assembly – to not pass laws that don’t protect our interest and the one of the public, but only aim to satisfy themselves or some of “our” leaders  or to “crush” someone of the “alien” ones. Mr. Vladislav Slavov cites data that point out the peaks reached by the anomaly in our parliament.

-Such as?
– Such a peak of the anomaly is the shift of the legislative initiative – from the executive to individual MPs. This shift is an Olympic-sized anomaly. It has reached 85% in favor of MPs, and the normal for the European Union is exactly the opposite –  the government in 80-90% of cases is the main initiator of the adoption of new laws and the amendment of old ones in the public interest. This is – and should be – the right way, because the government has every opportunity to monitor, manage and regulate all sectors of the country, and it has the most comprehensive responsibility to the people. Can I point out to you only a few topics for reflection on the Bulgarian legislative process? I mean such topics that do not need any “scientific expertise” or “complex tools” for research.

-Go ahead, why not?
– Well, here is your first topic for reflection: The Strategist from Mirovyane. Can anyone give a logical answer to the question why the most famous and beloved national football coach, known as the Strategist from Mirovyane – a coach who led Bulgaria to the prestigious fourth place in the world in 1994 – has run for a MP? What could he have done, if he had become a MP? In recent years, as you may know, the Strategist has been the subject of jokes because he uses grammatically incorrect sentences, vague speech and often express his thoughts in an incomprehensible manner. When he appeared on television – as a candidate for parliament, it was seen, unfortunately, that he has gotten older, that he had a hard time remembering the name of his party leader – Mareshki, and that he had to constantly read from a piece of paper… on which, it seems, there were about two political messages that he repeated unconvincingly, and beyond them, he couldn’t say anything else. Why, for God’s sake, did this sportsman put this upon himself? The answers may be different, but there is one that comes closest to mind. This is the answer related to some external motivation for the Strategist from Mirovyane, aimed perhaps to agitate the CSKA[1] supporters as voters. How can we not think that this is sad and pathetic… Do you want another topic for reflection?

-Which ‘Latin guerrilla’? Iskren Petzov?
– Well yes. Why does Iskren Petzov – a Latin guerrilla , want to become a political guerrilla? He sang all his life, he delighted us with his talent. It is one thing to sing on stage in support of a candidate from a party and to entertain voters, it is another to run for office himself. Is there any logic in this sudden change in his life choices?

– I don’t know, I don’t know… The same question applies, I think, to the Slavi’s Show…
– Well, yes! It also applies to those football referees, MMA fighters, drummers and others that we saw in the lists during the election. Tell me if a football referee, who already has difficulty reading fluently in Bulgarian, who runs on Wednesday night until 11 o’clock at the stadium, let’s say, and blows the whistle at players, will be able the next day – on Thursday at 10 o’clock in the morning, to vote for, say, a bill on new cybercrimes in an informed and objective manner? What about the MMA fighter who fights in the ring until 2-3 o’clock at night and takes hits on the head? Will he be able to think straight and vote thoroughly on a healthcare bill in the morning? And the musician, who played the drums, the cymbals and the timpani on a stage until midnight, how will he hear what is being said from the rostrum of the Parliament the next day?

– Do you have answers to these questions?
– I have asked them more than once to some of my acquaintanceс-party functionaries. Here, an actor enters the parliament – a young man, with insignificant participations in theater and cinema, little known to the general public, not like Stefan Danailov with his distinctive roles, may he rest in peace…”Why did you chose this one?”, I ask.

– And what do they answer you?
– They answer me: “It was not we who chose him, but the PR people, to diversify the lists.”  “Okay, what did they choose him for?”, I ask. “Well, they saw him on TV”, they answer me “during the election campaign there was an advertisement he was in.” I shudder. And I ask: “Does anyone prepare this actor for his new role as an MP?” – do they urge him to read the Constitution, the Rules of procedure of the National Assembly? And what is the use of him there? And listen here to what they answer me: “The ignorant, they tell me, are the best MPs, they are the most obedient, they follow the party line without deviations. They do not need any training. We attach each newcomer MP to one of the old MPs, they tell them which button to press when voting and that’s it”… Can you imagine! From an advertisement for washing powder, diapers or lady pads, someone emerges who can determine our destiny, our future, with laws!

– I can imagine that. And I even witness it. It’s disturbing and heartbreaking.
– In this random selection of MPs, the results of the legislative activity in the National Assembly are not accidental – legislative waste, misconceptions, regulatory failure. This selection, by the way, is described in official statements of our government. Should I quote them? “If I had tied a donkey for a MP, they would have still elected him” Or: “For the last 10-15 years it did not matter much who is on the lists”… Now is it clear why every call for respect towards our institutions, the state and the statehood sounds ridiculous and is empty of content?

– All right. But don’t you want us to dream for a bit that it will be different in the near future?
– I agree, let’s dream. Do you remember the song of the pop-folk singer Kali, which was sung in honor of the victory of the Bulgarian national football team in 1994? Or have you forgotten it?

-I remember the song and even the chorus. “Zuma has the final word/our system is 4-4-2/​​ours is the transfer amount with our system 4-4-2” Was that so?

– Exactly. I don’t know why but this chorus is often in my head these days. And I shout to myself: God forbid, if in the new 45th parliament the laws are made according to our 4-4-2 system!

– I don’t understand what that means.

– Well, that means – God forbid, the legislation in the future will be as it was in the 44th National Assembly and multiplied by 2.

[1]PFC CSKA 1984 was one of the biggest and most beloved football clubs in Bulgaria and Dimitar Penev, a.k.a. the Strategist from Mirovyane is a CSKA legend (first as a football player and later as a coach).